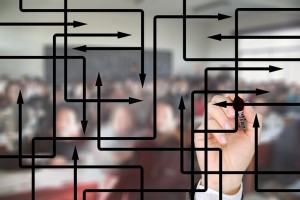 Getting the logistics right is an important area that every business prioritizes. Over time more efficient practices and streamlined procedures have made things a bit easier. Here are 5 Things That Revolutionised the Logistics Industry,

Organized work means that each and every aspect of the business operations is closely monitored. Specialized software is able to perform an incredible job by laying out the entire process and giving timely reports on any developments. Once programmed the business is run at the comfort of a work station that consist of a computers. Course altering can be done and its effects measured in a timely manner.

Mapping and separations are easy to implement after the decision has been made by management. There are many special features that can be added on open source or paid logistic software depending on the client’s needs and requirements. See: http://www.capterra.com/logistics-software/

Storage units such as shelving have come a long way to the ultra-modern units that come in standard specification. Spacing ensures that the warehouse maximizes its holding capacity without compromising easy access. Sturdy and durable frames are able to hold inventory in stacking columns and keep them free from incidence of damage.

This system can be used across the board with machinery such as forklifts for easy and convenient storage. Storage solutions that have been developed while using pallet racking include FIFO (First In, First Out) and LIFO (Last In, First Out). see: http://www.palletracking.com.au/

Keeping track of inventory in a busy environment would have been near to impossible without this aspect. First moving inventory needs to be recorded accurately to eliminate incidences of loss and keep up to date accounts that can be relied on. The software allows operators to check the present inventory, get notification on dwindling supplies as well as other important notification. See: https://www.cin7.com/

Heavy duty machines are capable to handle a huge workload of incredibly heavy packages. An operator is able to perform many tasks with the motorized forklifts for hours at a time. Workforce labor is greatly utilized as opposed … 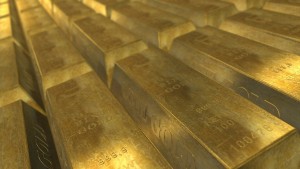 After prolonged consultations held between December and March, the Basel Committee on Banking Supervision proposed to enact a new legislation that aims to prevent a recurrence of the financial crisis. The committee recommended that banks post additional Pillar One capital worth 1% of their respective fund arms’ assets. This is to counteract against the potential “step-in” risk – an event whereby banks have to cover the losses of investors’ assets that were held in its funds.

The committee pointed out that during the financial crisis, more than $12 billion additional funds have to be raised in order to support the money market funds. Had this measure failed, the funds would have fallen below their $1 par value and inevitably lead to investor panic. Citing this precedent as their main concern, the committee explained that the proposed legislation is not restricted to the money market funds, but expanded to cover all assets under management.

Led by some of the biggest banks in the world, the industry released a statement on April 4th declaring the proposal as a flawed idea. Amongst these protests are representatives from Deutsche Bank, Wells Fargo, State Street, and Nomura. Should the proposal come into effect, it would effectively bind the banks to hold capital in excess of tens of billions of dollars.

As one of the world’s largest asset management firms with more than $2.25 trillion in client assets, State Street is expected to be hit the hardest. A quick calculation shows that if the new legislation is enacted, the bank would be legally compelled to hold more than $22 billion of additional capital. As State Street’s global head of regulatory, industry and government affairs, Stefan M Gavell was surprised by this proposal, explaining a lack of academic literature to warrant its foundation. Mr. Gavell also indicated that the proposal should be seen as a research paper and not a definite conclusion. Suggesting that more discussions from relevant parties would be required before making the penultimate decision.